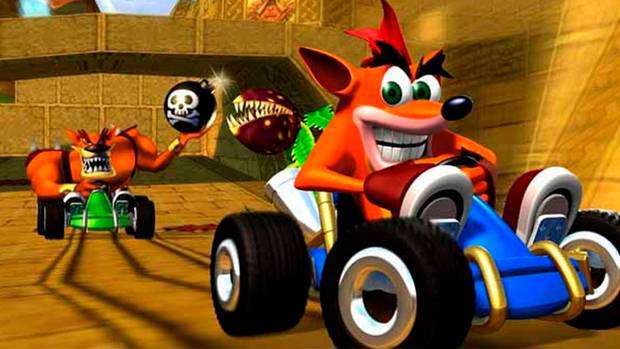 One of PlayStation's biggest games of all time is set to make a comeback - and it could be available on various consoles.

The 1999 game Crash Team Racing is rumoured to be in the process of being remastered, and assuming everything goes to plan it will launch in June 2019, according to reports.

The much-anticipated news is expected to be announced at the 2018 Game Awards today.

While gaming company Activision has yet to confirm the news, PlayStation Access channel manager Hollie Bennett tweeted that she'd been sent something very mysterious ahead of the 2018 Game Awards.

She received a big pair of furry orange dice, with the note "Sliding into the Game Awards on 6/12…."

Many expected Crash Team Racing to be included in the newly released PlayStation Classic console, with its exclusion raising expectation it was set for its own remastering.

Several other games that were left off the PlayStation Classic, like Crash, Spyro The Dragon and Resident Evil 2, either have recently be remastered or have remasters coming soon.

Activision has previously remastered two major games and has promised even more in the pipeline.