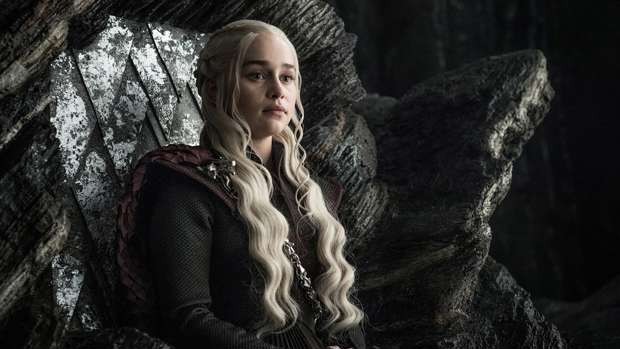 The 31-year-old actress took to Instagram on Sunday to reveal she had visited the set of the hit HBO fantasy drama — which will air its eighth and final season next year — in order to officially say goodbye to the show in which she has played mother of dragons Daenerys Targaryen since the show's first episode in 2011.

Posting a picture of herself laid down against some flowers, Emilia wrote: "Hopped on a boat to an island to say goodbye to the land that has been my home away from home for almost a decade.

Hopped on a boat to an island to say goodbye to the land that has been my home away from home for almost a decade. It’s been a trip @gameofthrones thank you for the life I never dreamed I’d be able to live and the family I’ll never stop missing #💔#lastseasonitis

Despite the hugely popular show — which also stars the likes of Kit Harington, Maisie Williams, Sophie Turner, and Peter Dinklage — coming to an end in 2019, fans of the series might not be disheartened for long, as it was recently reported a pilot episode for a prequel has been ordered by HBO.

The prequel is as-yet-untitled, and is said to be set "thousands of years before the events of 'Game of Thones'", which was based on George R.R. Martin's best-selling book series 'A Song of Ice and Fire'.

The programmes logline explains: "The series chronicles the world's descent from the golden Age of Heroes into its darkest hour.

Wait..... did I NOT tell you guys?! Um yeah. Now if he'd only bend the bloody knee there'll be no problems..... 🔥💃❄️🕺 #modragonsmoproblems #igot99problemsandjonsnowisone #whichroundsmeupto100problems #youknownothingjonsnow

"And only one thing is for sure: from the horrifying secrets of Westeros' history to the true origin of the white walkers, the mysteries of the East to the Starks of legend ... it's not the story we think we know."

The prequel has been created by Martin and Jane Goldman, who will be serving as the showrunner.