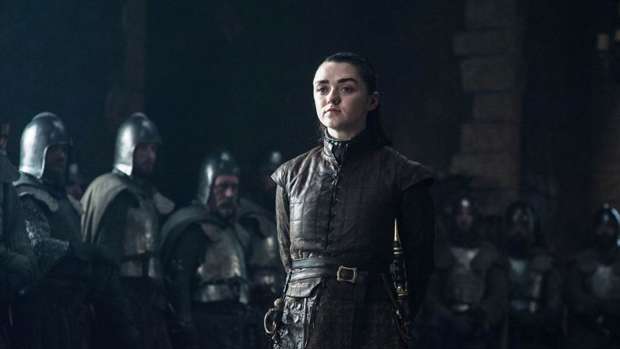 The 48-year-old actor - who played Jaime Lannister in the fantasy drama series -  believes the ending of Sunday's (19.05.19) episode set the scene for the 22-year-old actress' alter ego Arya Stark to land her own sequel.

In the finale, Arya decided not to stay in King's Landing or return to Winterfell, but to set sail to find out what was "west of Westeros", and Nikolaj has urged fans to petition HBO for a series chronicling her adventures at sea.

He said in a video shared to Instagram: "That episode, it was amazing! I really thought it was a great ending. And Arya!

"I know they're doing all these prequels, but what about the sequel? With Arya? How about - I'm just throwing something out here - how about a petition? An online petition to HBO that they do a sequel with Arya Stark."

The Danish actor admitted he was "kinda sad" to see the show come to an end after a decade of filming but will always be "grateful" to have been a part of it.

He said: "So how about that final episode? Most viewers ever - but it's over.

"It's kinda sad. What a great 10 years. Thank you so much for watching. I'm just grateful."

Nikoaj bowed out of the show a week before the finale, when Jaime and his twin sister/ lover Queen Cersei (Lena Headey) died in one another's arms when the Red Keep collapsed on them and the actor thought it was the right way for them to go out.

He told Entertainment Weekly: "I thought it was a great ending for that couple. She was never going to surrender.

"And he says it to Bronn in season 4. Bronn asked, 'How would you want it to end?' And Jaime says, 'In the arms of the woman I love.' So this was foreshadowed and that's what happened.