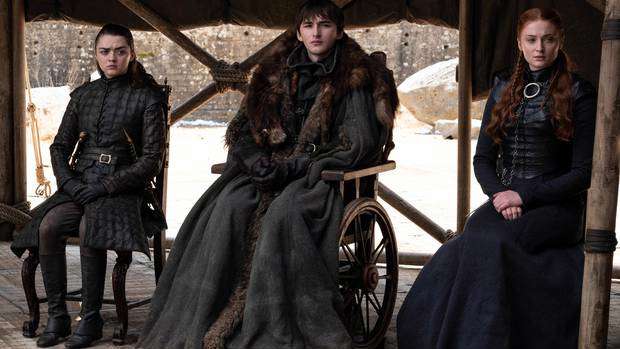 George R.R. Martin insists it's "silly" to compare the 'Game of Thrones' show's ending to his own plans.

The author behind the hugely popular novels - which were adapted for the HBO fantasy epic but have not reached the finishing line yet - has dismissed the argument over whether the page or screen conclusion will be the definitive one.

Writing on his website, he referenced 'Gone With The Wind' as he said: "Book or show, which will be the 'real' ending? It's a silly question. How many children did Scarlett O'Hara have?

"How about this? I'll write it. You read it. Then everyone can make up their own mind, and argue about it on the internet."

There are two more novels left in the 'A Song of Ice and Fire' series, including 'The Winds of Winter and 'A Dream of Spring', but neither are finished just yet.

Commenting on speculation about whether the books will have the same ending as the TV show, Martin suggested it's not quite so simple.

"I am working in a very different medium than [creators David Benioff and D. B. Weiss], never forget. They had six hours for this final season.

"I expect these last two books of mine will fill 3000 manuscript pages between them before I'm done... and if more pages and chapters and scenes are needed, I'll add them."

Meanwhile, work is already underway for one of five planned spin-off shows, which is a prequel under the working title 'Bloodmoon'.

The show - which has begun filming and features Naomi Scott in the leading role - is set more than five thousand years before the events of the main series, and will follow the story of the Children Of The Forest, with none of the original cast returning.

'Bloodmoon' has promised to reveal the "horrifying secrets of Westeros's history to the true origin of the White Walkers", and is being run by writer and producer Jane Goldman, who is the wife of Jonathan Ross.