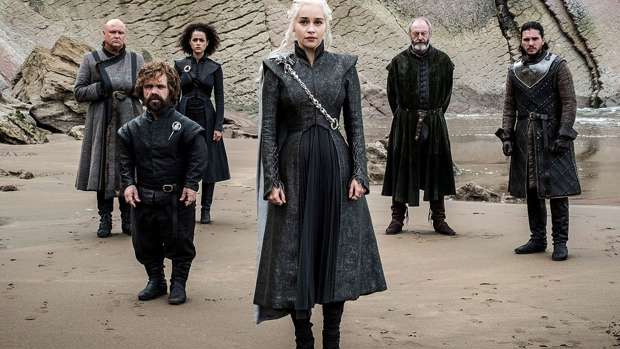 HBO is reuniting several 'Game of Thrones' cast members who were killed off in the fantasy series.

It was confirmed on Wednesday (28.11.18) that the broadcaster is creating a special featurette which reunites a number of actors who didn't survive in the drama, including Sean Bean whose alter ego, Lord of Winterfell Ned Stark, was brutally beheaded in the first series.

The special - which is hosted by comedian Conan O'Brien - was shot in Belfast earlier this year and 'Aquaman' star Jason Momoa, who played ruthless khalasar Khal Drogo in the drama series, is also suspected to be part of the special.

Other characters who didn't live through the action include Petyr Baelish (Aidan Gillen), Robb Stark (Richard Madden) and Joffrey Baratheon (Jack Gleeson) to name a few.

The reunion special is to be included on a Blu Ray box set which will contain every season of the show, set for release in late 2019.

'Game of Thrones' - which is based on the 'A Song of Ice and Fire' novel series by George R.R. Martin - will end after Season 8 airs and David Nutter, one of the show's directors, insists fans will not be disappointed by the climax.

Nutter said: "It's such a complete and satisfying finale and where the show goes to, and the journey that it takes. That it lives up to the hype and lives up to why the audience loves the show so much, It's going to be something quite, very special."