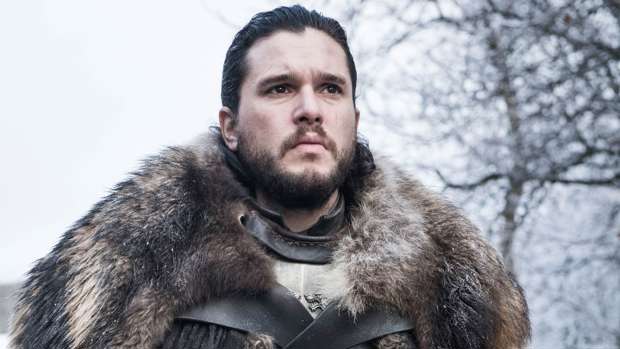 Kit Harington doesn't "give a f*ck" if critics don't like the final season of 'Game of Thrones'.

The 32-year-old actor stars as Jon Snow in the acclaimed HBO fantasy drama, and has said that he doesn't care if the eighth and final season - which began airing on Sunday (14.04.19) - isn't well received by critics, because he knows "how much work" went into making the show.

"Now if people feel let down by it, I don't give a f*ck - because everyone tried their hardest."
Kit believes the biggest fans of the show are those who had a hand in its production - including the actors, writers, directors, and whole host of other crew members - and said their final goodbye to the popular series was just done "for themselves".

Speaking to Esquire magazine, he added: "We're kind of doing it for ourselves. That's all we could do, really. And I was just happy we got to the end."

Meanwhile, the actor recently revealed he's "proud" of what the team have created for the final season, and believes it will "change the way" audiences "look at TV" forever.

He said: "It was exhausting. It was nine months ... usually we film over six months for 10 episodes, and we filmed over nine months for six episodes. But these six episodes I think are going to change the way you look at TV. They're going to be sensational, they're huge. We did everything ... the one thing I feel right now is that we put everything we could into this. So we're just proud of it now."