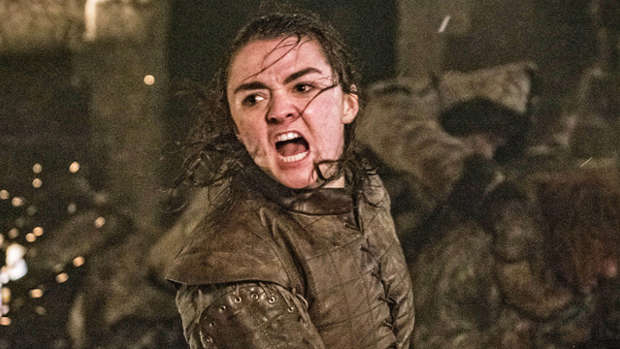 Maisie Williams isn't convinced there will be a 'Game of Thrones' spin-off show but would love to reprise her role as Arya Stark in the future.

The 22-year-old actress - who starred in the hit HBO show for eight seasons over ten years - confessed that although she misses her feisty alter-ego, she's ruled out playing her again for a while as "it would be strange" to work on a project without the show's creators David Benioff and D. B. Weiss.

Speaking to Tings magazine, she said: "I can hand-over-my-heart say that I don't think there's going to be a spin-off, the show was only what it was because of David and Dan, the show's creators.

"They brought me into this world and it would be strange to do something without them. But I do think playing Arya again would be wonderful. I miss her a lot. I think the show needs to stew for a little bit, but there maybe ways down the road?'"

The 'Doctor Who' star has taken a short break from acting following the end of 'Game of Thrones' this year and she is enjoying having some space to "figure out some other things" that she enjoys.

She said: "In the beginning, I was like; obviously I'm going to be doing this for the rest of my life. Now that I've been given some time off, it's not like I'm never going to act again, but I'm just trying to figure out some other things that I enjoy. I don't want to sign another 10-year contract for a while. A lot of TV is incredible right now but those shooting schedules are just wild. At the moment, I'm just reading a lot and figuring out what's out there.

"I'd love to be able to tell you exactly what it is I want to do next, but I'm still trying to figure that out myself."