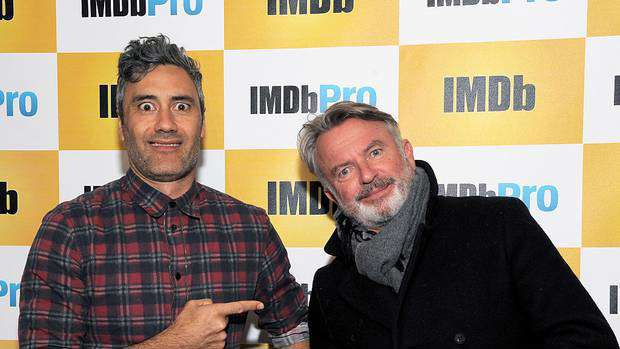 Two New Zealand celebrity icons will be featuring in the fourth season of Rick and Morty.

Filmmaker Taika Waititi and actor Sam Neill will be sharing our "sexy" Kiwi accent on the sci-fi animation.

The popular American cartoon features a drunk, but intelligent scientist Rick and his weary grandson Morty as they go on crazy adventures in different dimensions.

In an interview with Entertainment Weekly, show creator Dan Harmon confirmed the exciting news, along with other Hollywood guest appearances including Paul Giamatti and Kathleen Turner.

The Rick and Morty creator also revealed some details about the characters they will voice.

"[Neill's] from the same species as Taika's character, and we wanted a Kiwi flavour to their species."

However, it might be hard to identify Waititi, as Harmon claims he "does a voice".

It's not the first time the New Zealand accent has featured on Rick and Morty. Flight Of The Conchords star Jemaine Clement voiced a mind-reading, singing fart in season two.

A day after the exciting announcement, Adult Swim has released a sneak peek clip for Season 4.