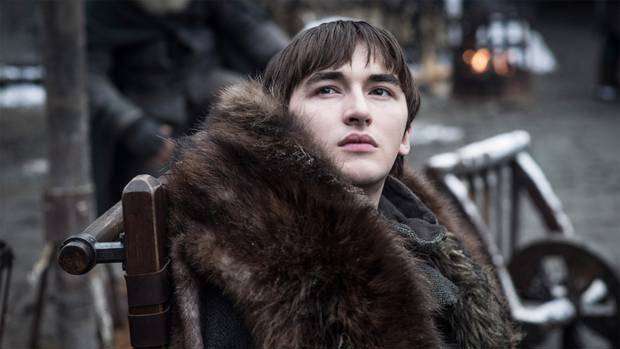 The 20-year-old actor admitted he was on board with the popular 'Game of Thrones' fan theory that the Three-Eyed Raven would take over the army of the dead ahead of filming the eighth and final season - only for his alter ego to be crowned the new king in the final episode.

He admitted: "I thought I was going down the Night King route. I had no idea what was going to happen with Bran."

When he did get his script, the British actor was left in shock when he discovered Bran the Broken's fate.

He joked to 'Entertainment Tonight': "I remember when I read the final episode, I got up and actually genuinely had to pace around my flat for a bit. That was just because my legs hurt. Nothing to do with the script."

Isaac admitted he confided in his mother about how the fantasy drama series would end, but was paranoid about information leaking out.

He said: "I told my mum. I didn't want to do it over the phone, because I was too afraid of like, wire-tapping. I've never written down anything about it."

Bran's fate was an even bigger shock as when his character didn't appear at all in the fifth season of the show, Isaac was convinced he wouldn't last until the end of the story.

He admitted: "I remember when I had a year off in season five, I got up in the morning and I was told, '[showrunners] David [Benioff] and Dan [Weiss] are gonna speak to you later.' I thought, 'This is me. I'm gone!'