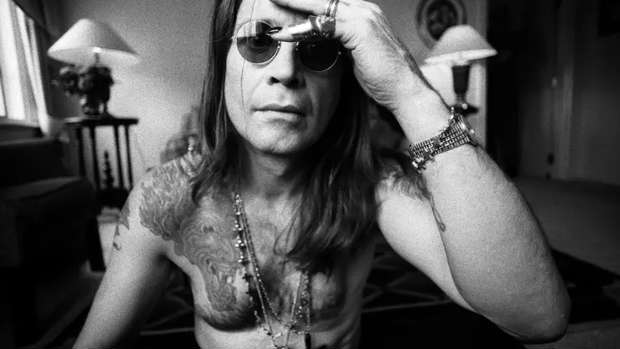 On December 3rd, 1948, Ozzy Osbourne was born. We all know him for his solo career, his work with Black Sabbath and his reality show, but here are 20 things you might not know about the Prince of Darkness:

1. Ozzy’s real name is John Michael Osbourne. Kids in elementary school used the nickname Ozzy to taunt the young Osbourne, but he embraced it and it stuck.

2. Ozzy’s dad was a toolmaker and his mother worked in a factory.

3. Ozzy is one of six children. He has three older sisters and two younger brothers.

4. While he was growing up, Ozzy and his large family lived in a small two-bedroom home in Birmingham, England.

5. As a kid in school, Ozzy had to deal with dyslexia. Since it was undiagnosed, he was just told that he was dumb.

6. Osbourne was on the stage at an early age, acting in musicals at his school likeThe Mikado andHMS Pinafore.

7. As a teenager, Osbourne fell in love with The Beatles and has said that hearing the song “She Loves You” inspired him to become a musician.

8. When he was 15 years old, Ozzy left school. He tried many jobs after that including construction worker, plumber, toolmaker, car factory horn tuner and worker in a slaughterhouse.

9. As a teen, Ozzy turned to crime. He once stole a TV but it fell on him during his getaway and he had to leave it behind. He also swiped baby clothes, thinking they were adult clothes.

10. Ozzy spent six weeks in prison after being unable to pay the fine he got when he was found guilty of robbery. His dad could’ve footed the bill but he wanted to teach Ozzy a lesson.

11. Ozzy made some of his tattoos during his time in prison. He used sewing needles and grate polish to carve happy faces on his knees saying they helped him cheer up. He also put O.Z.Z.Y. on his fingers.

12. Ozzy first joined a band in 1967. It was called Rare Breed and featured future Sabbath bassist Geezer Butler. They played two shows and broke up.

13. Ozzy next played with Geezer in the band Polka Tune Blues, which also included guitarist Tony Iommi and drummer Bill Ward. They renamed themselves Earth but wound up on a bill with another group that had that name so they settled on the name Black Sabbath.

14. Ozzy first met his future wife, Sharon, in the early 70s when she was working as a receptionist at her dad’s office. Her father, Don Arden, would go on to become Sabbath’s manager.

16. His entire life, Ozzy has actually suffered from stage fright.

17. Ozzy never watched himself on The Osbournes.

18. Osbourne once fought off burglars naked. He found them in his bedroom just after he came out of the shower. Even though he tussled with them, they still got away with some of Sharon’s jewelry.

19. In 2016, Ozzy nearly choked to death on a vitamin. While lying on a couch, the rocker took a handful of vitamins, but he coughed and one of the pills went into his lungs. He had to get it removed at the hospital.

20. Thanks to his solo career and work with Sabbath, Ozzy has sold over 100 million albums.