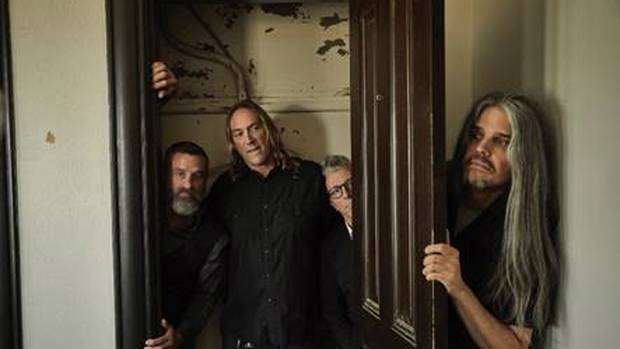 Tool fans – of which there are legions in New Zealand – rejoice.

Fear Inoculum, the long-awaited fifth studio album from the Los Angeles-based masters of psychedelic progressive metal, is everything you could have hoped for and more.

Thirteen years in the making, the 10-track, (another) near 80-minute opus, rewards the group's followers by hitting all the familiar marks that earned their devotion while tip-toeing into new and unique sonic territory.

Like much of their back catalogue, the total weight and depth of Fear Inoculum is not apparent on the first listen but slowly washes over you during repeat plays. Pieces of songs hook you in, from where you can begin to decode and appreciate their place within the whole track, and where it fits in amongst the jigsaw of the entire album.

Six songs go beyond the 10-minute mark, which could cause the uninitiated to keep checking the track listing, as each song twists and turns, rising and falling in intensity, beauty and aggression.

The work of drummer Danny Carey, bassist Justin Chancellor and guitarist Adam Jones stands out independently when the trio isn't melding together as one to create complex cross-rhythms that leave your head spinning.

Then there's vocalist Maynard James Keenan, sifting and shifting in the background, as he does in their live shows. Rest assured his lyrics inject the expected dose of venomous tongue-in-cheek cynicism while dealing with matters apparently too profound for me to confidently appreciate and dissect over a weekend.

Art, both audible and visual, is always at the centre of every Tool album. With Jones overseeing the direction, friends Alex Gray and Mackie Osborne have again been enlisted to handle art and design layout. At first glance, the logo and cover may appear simple, but like anything Tool-related, the thinking behind it never is.