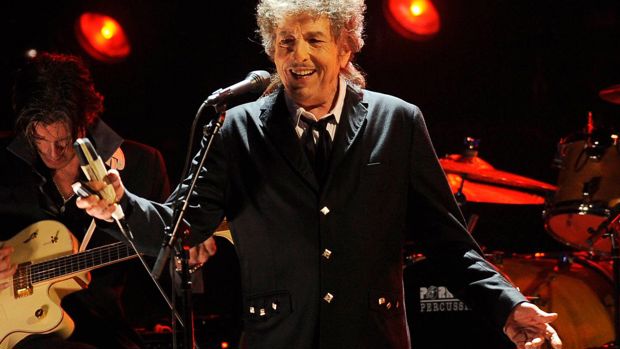 Jacques Levy, who died in 2004, co-wrote 10 songs with Dylan, seven of which were on his 1976 album Desire, including its most famous track Hurricane.

His widow Claudy Levy sued Dylan, 80, and Universal Music on behalf of his estate, arguing that their contract entitled him to 35 per cent of "any and all" income earned by the compositions.

Ms Levy argued this included proceeds from Dylan's sale of his entire back catalogue in December, in what was thought to be one of the biggest music publishing deals in history.

When the lawsuit was filed in January, Dylan's lawyer Orin Snyder called it a "sad attempt to unfairly profit off the recent catalogue sale".

Snyder had argued that Dylan's agreement with Levy only entitled the songwriter to a percentage of royalties.

In a ruling on Friday, New York Judge Barry Ostrager sided with Dylan, saying that the contract between the Nobel laureate and Levy was "clear and unambiguous".

Judge Ostrager said the 1976 agreement between the pair granted Dylan complete ownership of the copyrights and limited Levy's compensation to 35 per cent of mostly licensing royalties, "and in no way can be construed to include a portion of Dylan's sale of his own copyrights".

Dylan and his team are "glad it's now over", Snyder said.