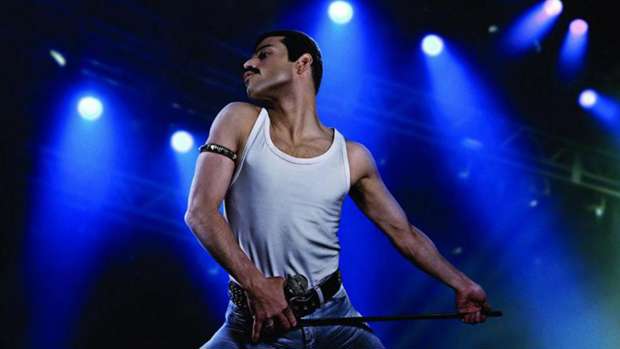 Bohemian Rhapsody earned more than $870 million worldwide and became the top-earning music biopic in history. So it's no wonder that there's chatter of a sequel to the Queen biopic.

Actor Ben Hardy — who portrays drummer Roger Taylor — recently spoke with NME about the possibility of filming a sequel to the 2018 film.

“I would love to,” he revealed. “I loved working with all those guys, and the thought of going back and being with those guys for another three months or four months would be amazing, but I’ve only heard the rumor mill.”

While he can't confirm or deny if there's a sequel he knows that there is still plenty of content to fill a whole new movie. “The film goes up to '85, so you've got another six years there. I think it might be a very different movie,” he explained. He added, though, that he doesn't think "we need a Roger Taylor spin-off” after discussing the drummer's solo work.

This isn't the first time talk about a sequel to the two-time Golden Globes film has been brought up. In March of this year, there were reports that Queen and its management were seriously considering making another film.

With four Academy Awards and a spike in music sales, it may not be a bad idea! Brian May even told an outlet in December 2018, “I think Live Aid is a good point to leave it. Who knows, there might be a sequel.”