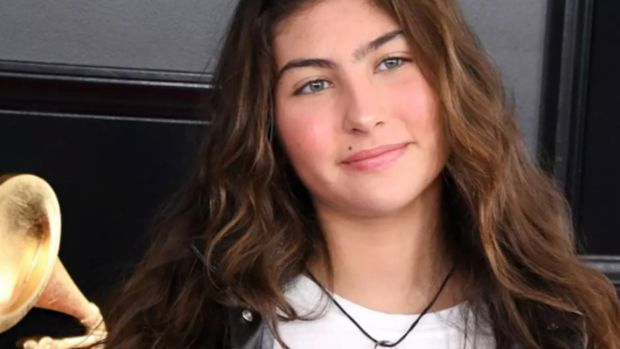 Toni Cornell shared a stunning acoustic rendition of "Hallelujah" on Instagram. The video shows the 17-year-old singing and playing guitar in front of a luminous Christmas tree. "Throwback to Xmas Eve❤️✨ Hallelujah revisited" she captioned the clip.

"Chester sang this at Chris' funeral, and this is arguably one of the greatest songs written in the last 50 years," OneRepublic frontman Ryan Tedder said at the time. "It's a very special song to us, and I think to most people and especially to Toni [Cornell] as well."

Last month, Toni performed a cover of Prince and Sinead O'Connor's "Nothing Compares 2 U" on The Tonight Show Starring Jimmy Fallon. Her version, which is a duet with her dad, became famous in 2018 when Toni decided to share it with the world. The track was recorded when she was 12 years old.

Toni and Chris' "Nothing Compares 2 U" is up for a Grammy in the Best Rock Performance category, and her dad's first posthumous album No One Sings Like You Anymore Vol. 1 is nominated for Best Rock Album. The award show was supposed to air at the end of the month but has been delayed due to the recent COVID-19 surge.