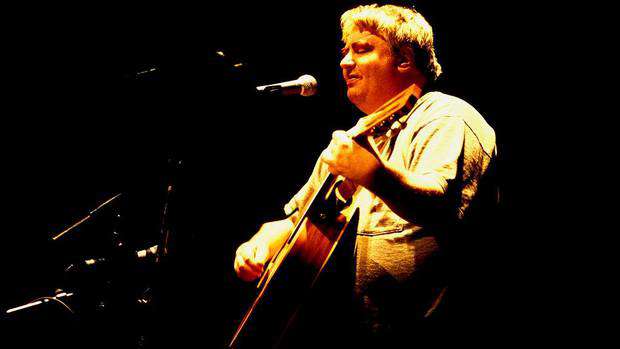 Numerous cultural figures paid tribute to the cult songwriter who found fame in the 1980s for his quirky self-penned songs.

Kurt Cobain wearing a Daniel Johnston shirt to a major award show in 1992, because he could pic.twitter.com/WtVHlVRKa9

"Daniel was a singer, songwriter, an artist, and a friend to all. Although he struggled with mental health issues for much of his adult life, Daniel triumphed over his illness through his prolific output of art and songs," a statement from Johnston's family read. "He inspired countless fans, artists, and songwriters with his message that no matter how dark the day that 'the sun shines down on me' and 'true love will find you in the end.'"

Stars including Beck, Judd Apatow and Ezra Furman, who described him as "one of my best teachers" paid tribute. Actor Elijah Wood wrote: "What a gentle, beautiful treasure. So sad to hear you've left us".

Johnston released 17 albums and was revered by artists like Cobain, Tom Waits, the Flaming Lips, Sonic Youth and Yo La Tengo, many of whom who covered lo-fi songs that encompassed significant whimsy and great angst. He was the subject of a 2005 documentary, The Devil and Daniel Johnston.

Born in California in 1961 and raised in West Virginia, Johnston became known as a songwriter after moving to Austin, Texas. His popularity grew in the city after he started handing out tapes of his affectingly naive songwriting to people in the street, and began recording numerous albums. Cobain's patronage prompted a bidding war to sign him, and he eventually signed to major label Atlantic in 1994, though mainstream success eluded him.

Johnston struggled with mental health issues throughout his life, and an organisation "inspiring new conversations around mental health issues" called "The Hi, How Are You Project" was founded by manager Tom Gimbel and Courtney Blanton with the support of Daniel Johnston and his family. The project is named for one of Johnston's albums.

Daniel Johnston; what a gentle, beautiful treasure. So sad to hear you’ve left us.

"There were very few dangerous rock and roll shows left in the world where you really don't know what to expect," Gimbel said of Johnston's notoriously unpredictable stage presence. "At different points of the same show, there would be heart rendering beauty -- these incredible lyrics that would move people to tears -- and then there could be comical moments and then something could happen and it would just be a disaster, but I think that's what drew people to him."

He added: "You never knew what was going to happen at one of Daniel's shows, but it was always incredibly honest and genuine."

Johnston played his last major shows in 2017 via a five date mini-tour featuring backing from Wilco's Jeff Tweedy, Built to Spill, Modern Baseball and The Districts. In a New York Times profile, he denied believing that it would be his swan song. "Why would it be?" Johnston asked.