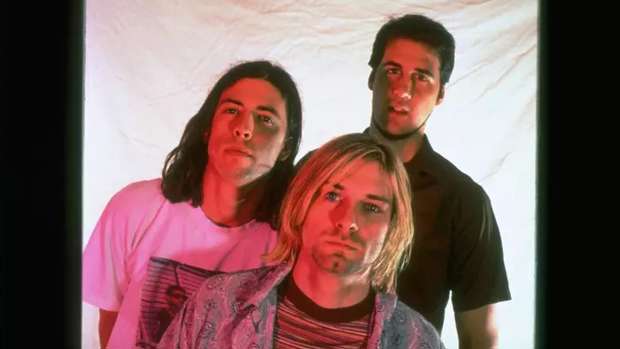 If reuniting "Nirvana" nearly 25 years after Kurt Cobain's death was no big deal for the three musicians involved, it would happen more often.

So when Dave Grohl says it's "complicated" to perform Nirvana music again all these years later, he's surprising no one. But if you've ever suddenly lost something dear to you, that trite admission doesn't make it any less compelling to hear Grohl explain it.

Music is a powerful memory trigger to even the most casual listeners. For Grohl and his surviving-Nirvana bandmates, bassist Krist Novoselic and touring guitarist Pat Smear, the sound of Nirvana's music brings on a whirlwind.

"To have Krist and Pat and I be able to play some Nirvana songs again — which we rarely ever do — was beyond everything else to me," Grohl told Kerrang! after playing a Nirvana set at CalJam in October of 2018. "It's a complicated feeling: it's cathartic and sad, but at the same time it's beautiful for lots of reasons."

Grohl, Novoselic and Smear performed a short set of Nirvana classics this past Saturday night as part of a benefit gala for The Art of Elysium nonprofit. The three were joined by St. Vincent, Beck and Grohl's 13-year-old daughter Violet Grohl, who shared lead vocal duties.

The reconfigured band "f---kin' sounded like Nirvana" from the first note of its first rehearsal, Grohl noted. He gives credit to Cobain's songwriting, but the late-icon would probably also deflect back to the "greatest drummer in the world," as he liked to refer to Grohl.

"We would look at each other and smile, but the emotions would kind of go in waves, because there was someone missing — and you wish that you could still share those songs with Kurt," Grohl continued. "For the three of us to revisit them and just let all of that out... There's a lot that comes out. It's more than musical or physical — it's this emotional, spiritual release that those songs are filling the room with. It was something special that doesn't come around often. It was amazing."

The drummer-turned-Foo Fighters front man says the whole experience is dreamlike, where he can only recall bits and pieces.

From the drum riser, there's an overwhelming feeling of explosiveness. Specifically, Grohl says playing drums on "Smells Like Teen Spirit" is "f---ing like being shot into outer space. Being able to play that drum fill and break into the chorus... I don't know how to explain it."