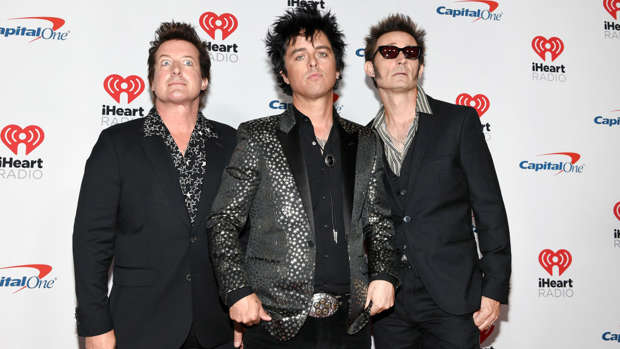 Green Day have launched their own 'Father of All' coffee brand to mark the release of their upcoming album of the same name.

The band marked National Coffee Day by unveiling their own brew which they promised will "kick your ass".

A post on the official Green Day Twitter account read: "In honour of #NationalCoffeeDay we present to you: the Father of All M********** Roasts! Darkest of the day yet shockingly smooth @OaklandCoffee. It will kick your ass and soothe your soul."

Fans were given the chance to pre-order the coffee along with a mug and an instant download of the song.

Band members Billie Joe Armstrong, Mike Dirnt and Tre Cool founded the Oakland Coffee works in 2015 but this is the first Green Day-themed collaboration with the brand.

The launched the company with the aim of making sustainable coffee.

'Father of All' is the title track from Green Day's new album, which is set to be released in February 2020.

In an Instagram post about the song, the band wrote: "This record is The New! Soul, Motown, glam and manic anthemic. Punks, freaks and punishers!"

Green Day are also heading out on a joint tour in 2020 with Fall Out Boy and Weezer.

The 'Hella Mega Tour' was inspired by the 'Monsters of Rock Tour'.