As Jerry Garcia jammed and Janis Joplin wailed, Mark Goff captured images at Woodstock that no one ever saw.

The 22-year-old photographer for an underground paper took hundreds of pictures of the performers and the crowd that weekend.

Some were published, and the negatives from that weekend were filed away at his Milwaukee home and barely mentioned as Goff raised two daughters, changed careers and, last November, died of cancer.

Dozens of Goff's Woodstock shots are being displayed 50 years later thanks to efforts by artist Nick Clemente, who wants to shine a light on the little-known photographer.

For the daughters, the photos are a window into what their father saw during that chaotic summer weekend in 1969.

"Seeing these photos is a really interesting way to see who he was outside of being our father," said 34-year-old Alli Goff.

"Because that's the only way we really know him." 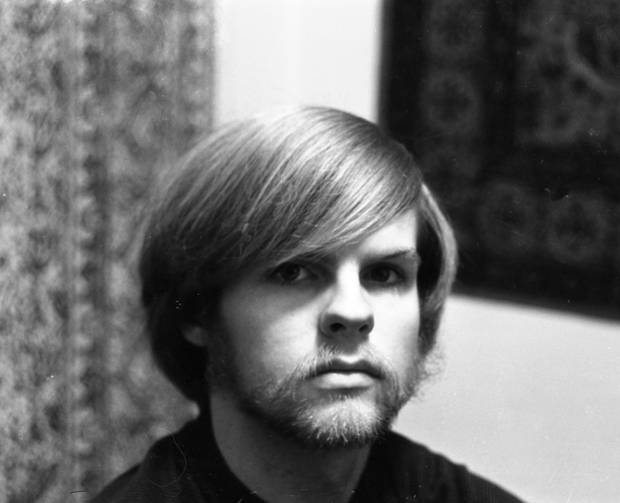 A self-portrait of Mark Goff, a photographer covering Woodstock in 1969. Photo / Mark Goff

Mark Goff was in a group of credentialed photographers for the festival that included the biggest names in rock photography and a high school newspaper journalist.

Over the weekend of Aug. 15-18, he trained his lens on Arlo Guthrie, the Band and Richie Havens.

And he sloshed around the muddy farmland to photograph the beatific, scruffy crowd.

It was part of his work documenting the counter-cultural movement, heavy on rockers like Lou Reed and Bruce Springsteen, mostly in his hometown of Milwaukee. One famous photo, still all over the internet, shows comedian George Carlin being escorted by police during his 1972 arrest over offensive language.

"My whole life was associated with my dad carrying a camera," said Leah DeMarco, 47. She remembers her father working as a freelance photographer for local newspapers and monitoring police frequencies in his car. If he heard a call, he'd hide her under a blanket to get through the police line.

Goff stored 225 Woodstock images in a cabinet, along with more from Milwaukee and his stint in the Navy. His ex-wife Barbara Reminga said maybe 60 were printed at the time, including a Janis Joplin picture displayed in their foyer. A smaller number were published.

Most of the film remained in the cabinet as he moved on to other jobs that included being an aide to a liberal congressman, an activist and a political consultant.It seems like his memories of Woodstock were mostly packed away too. He would tell his daughters stories about, say, the George Carlin photo. But he spoke little of Woodstock."He was like, 'Yeah, it kind of became this phenomenon later. But at the time, it was kind of like one more thing. Everything was groundbreaking,"' Alli Goff recalled.

"And he would kind of complain, 'It was raining a lot."'Still, some of his Woodstock images are in circulation. He posted 20 of his festival shots on Facebook as Woodstock's 40th anniversary loomed in 2009.

And he contributed his press pass and a handful of pictures to the Newseum in Washington, D.C. for an exhibit that year. At the time, he told a local news outlet that he previously had "not thought about Woodstock for more than five minutes" in decades.

Mark Goff continued to work and ride his beloved Harley motorcycle as he battled pancreatic cancer, dying November 30 at age 71.

He died weeks after Clemente began searching for him. Clemente is a graphic designer and wanted to use an unattributed image of Swami Satchidananda on the Woodstock stage for a poster. It took some sleuthing to find it was shot by Goff. By the time Clemente was finally able to search the photographer's name online, he turned up the recently published obituary.

Clemente eventually reached out to Goff's daughters, who shipped him hundreds of negatives for scanning. They believe most of the images have not been seen in 50 years. Clemente printed about 70.

He is starting to display the pictures and list them for sale at a half-dozen Hudson Valley galleries this month.

Clemente, 68, said calls it a labor of love. He finds the images striking and admires a man he calls the "opposite of self-aggrandizing.""I'm fairly confident that he's going to have a little slot in the history of photography," Clemente said.

Though Mark Goff didn't focus on promoting his work too much in his life, his daughters think he'd be proud about getting exposure five decades after Woodstock.

"I'm excited for other people to be able to see them," DeMarco said, "and see what a wonderful photographer he was."