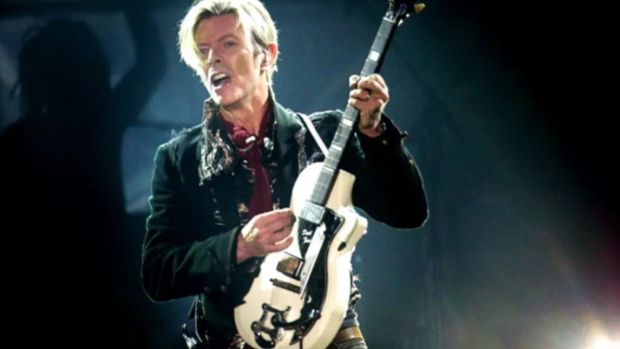 Following the success of Montage of Heck, the documentary that explored the life of Kurt Cobain, director Brett Morgen is working on a project that will explore David Bowie. While not much is known about Morgen's new project, including the film's title and release date, it has been revealed to Variety that the project will include a great deal of rare performance footage that has never been released.

Morgen has reportedly been digging through thousands of hours of rare footage over the past four years, and sources say that Morgen hopes to release the film in IMAX. According to Variety, the unnamed source said that the film is "neither documentary nor biography, but an immersive cinematic experience built, in part, upon thousands of hours of never before seen material."

It's possible the film may be make an appearance at the Sundance Film Festival in late January, with the event falling shortly after the sixth anniversary of Bowie's death. The film is also reportedly being mixed by the same sound team that had worked on the Freddie Mercury biopic, Bohemian Rhapsody.

The upcoming film is being made with approval from Bowie's estate. Earlier on Bowie's widow, Iman had told Variety that she was uninterested in a Bowie biopic, as she did not believe Bowie would have approved, however it appears as though a film more focused on Bowie's live music was not off the table. Morgen had acquired the rights to the concert footage himself, and BMG and Live Nation will be serving as financers and producers for the upcoming film.

Bowie passed away after losing his battle to liver cancer on January 10, 2016, just two days after his 69th birthday. Iman recently shared that she does not see herself getting remarried after losing Bowie. The model had been married to Bowie for 26 years, and explained to People magazine that "I still feel married. Someone a few years ago referred to David as my late husband and I said 'No, he's not my late husband. He's my husband.'"