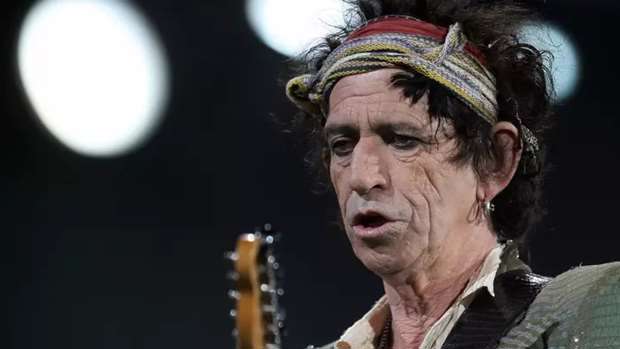 The Rolling Stones guitarist Ronnie Wood quit drugs and alcohol almost 10 years ago but made a number of attempts to ditch the habits before then, and while frontman Sir Mick Jagger offered him words of positivity and reassurance, Keith was more dismissive.

He said: "I do remember going on stage clean for the first time, it was at this club in Canada for the start of a tour (in August 2005).
"I was like this, ([terrified], and Mick whispered, 'It's alright, you can do it, don't worry.'
"And Keith's going, 'Rehab's for quitters!' Trying to make out I was the weakling.
"But it takes a lot of strength to do this if indeed I'm gonna be able to do it at all because there's no guarantees."

The 72-year-old musician finally got sober on his own efforts and suggested rehab facilities are keen to see people relapse or reach their depths as it's more profitable for them.
Recalling a 2009 intervention, he told MOJO magazine: "The penny kind of dropped shortly after that. They pulled the rug from under me, basically.

"They took my counsellor away and got me so annoyed. I was like, 'This is my final week. I need my counsellor. And they're, 'Get over it. The world doesn't revolve around you.'

"So I left rehab and did it for myself I felt I knew what to do - Fellowship. I did 90 meetings in 90 days and I did the same again. Didn't need the rehab place - I did it through the meetings."
Asked if he thinks rehab is a racket, he added: "Oh yeah. They help people but they can also help people... commit suicide."