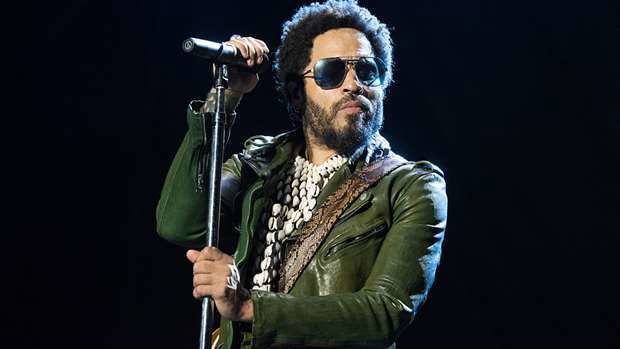 Lenny Kravitz previously claimed that his most-recent album, 'Raise Vibration', came together while he was sleeping, and Lenny has revealed he's often been musically inspired while he's been snoozing.

"This album was really just handed to me, and that was a beautiful way to do it, as well, because I'm not in my way. I was as much out of the way as I can be, and I love that."

Lenny has combined his music success with starring in films such as 'Zoolander' and 'The Hunger Games'.

And the chart-topping star is eager to appear in more movies in the near future.

Speaking about his career ambitions, Lenny told WWD: "There are so many things that I'd love to do. I have only done four films, and they have all been great. I wanted to get my toe in and do these supporting roles.

"The time in between touring I've been [co-writing] my own film, and I plan on doing my own film, which will have [an album/soundtrack] attached to it that I will do. It's about a musician - somebody who has a life very close to mine."

Asked if he collects anything, he shared: "Instruments, musical gear.

"Those are my tools. I collect cameras ... and also pop culture artifacts, like lyrics. I have Jimi Hendrix lyrics of songs he wrote like 'Crosstown Traffic'. I have his set list from Woodstock.

"I have clothing from Miles Davis, from Jimi Hendrix, from Bob Marley, from John Lennon. I have the lyrics to 'Lady Sings the Blues' when Billie Holiday wrote it, the lyrics to 'Sgt. Pepper's Lonely Hearts Club Band' when Sir Paul [McCartney] wrote it, etc, etc."