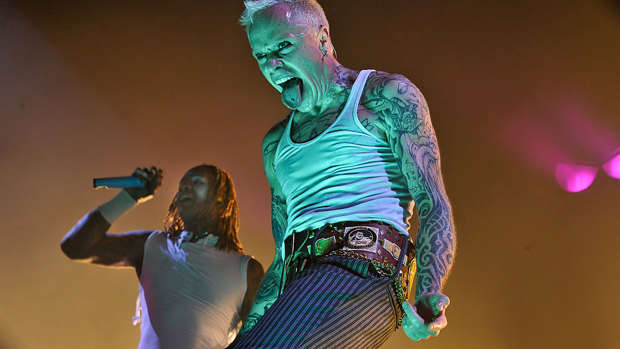 Liam Gallagher “couldn’t believe it” when he discovered his pal Keith Flint had taken his own life.

The Prodigy frontman passed away at the age of 49 in March this year, and the former Oasis rocker has said he couldn’t believe Keith had “got to that stage where he just had to do something like” take his own life, as he described the tragedy as “terrible”, especially for Keith’s bandmate Liam Howlett.

Gallagher, 46, said: “Yeah, that's terrible I know Keith and that. It's terrible that he got to that stage where he just had to do something like that, and all the other people that do that. I don't know ... and I'm sitting here, I don't know I couldn't, I couldn't do that man. I couldn't believe it man.

“There's days like ... I know Liam a lot more than Keith and that and speak to him every now and again and it must be terrible man.”
The ‘Shockwave’ hitmaker says he’s told Howlett - who, alongside Maxim, is one of the only members of The Prodigy - that there’s still room in the industry for the ‘Firestarter’ musicians, even after the tragic loss of Keith.

Gallagher believes The Prodigy are “the kind of band” that would be able to “adapt” following Keith’s passing, if Howlett and Maxim were keen to continue.