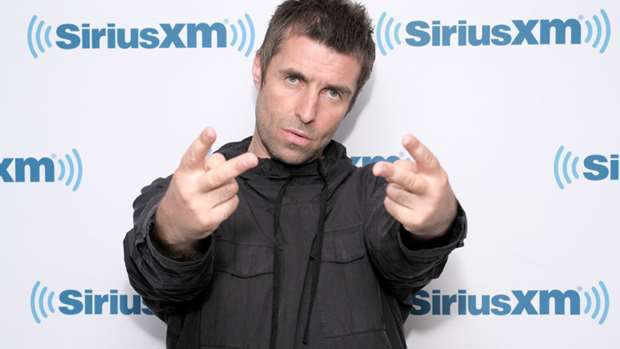 Liam Gallagher has threatened a "war" if him and his brother Noel haven't made up before their mother passes away.

The 46-year-old rocker is convinced all hell will break loose if him and his older sibling haven't patched up their differences by the time their beloved mum peggy is laid to rest.

Speaking in an interview with BBC Radio 5 Live's Nihal Arthanayake, Liam said: "There's always one bad egg in the family, [our mother's] still got me and she's got our Paul, so it is what it is. I think he [Noel] is having a mid-life crisis.

"It's down to him and it's down to the people around him - there's only so many olive branches you can give someone without going, 'I don't think he really cares anymore', but that's life, we'll see how it ends up.

"I was saying the other day if, God forbid, something happens to my mam and we haven't made up by then... then there will be war. Because there have been so many opportunities on his behalf... It's not about the band getting back together, I'm not a**ed about that. It's about going, 'Look, let's go for a beer let's have a chat of whatever.'

"Obviously I say s*** in the press and he says stuff, and his missus says something and I say something and it's all childish, and we should all grow up... but at the end of the day basically it's down to him, innit."

And, although the pair haven't spoken since August 2009 when Noel, 52, quit the 'Supersonic' group Oasis, Liam misses having a "laugh" with him and being in the band together.

He explained when asked what he misses about Noel: "Being in a band man, having a crack with him. Having a banter just having a laugh, just all that stuff, that's life isn't it?"