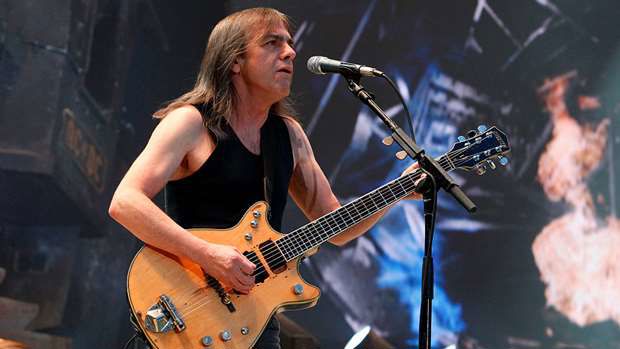 Malcolm Young once shot fireworks into Loch Ness to try and locate the mystical creature.

The late AC/DC guitarist adopted unusual tactics in a drunken bid to find the fabled monster as he believed that the pyrotechnic could bring Nessie to the surface, according to bandmate Brian Johnson.

The 73-year-old singer recalled: "We both had these Land Rovers and we'd taken them for a trip around Scotland – Malcolm loved his fireworks and he's taken a big box with him.

"One night we were four sheets to the wind and staying at this hotel right on the side of the loch. Mal just said, 'C'mon, let's go and find the Loch Ness monster! I've got fireworks and it might attract it!"

Brian explained how the pair ended up with straw in their hair and "covered in mud" in their mission to attract Nessie.

He told NME: "There we were, going straight into the water in our shoes, up to our knees, and it was freezing! Mal had a drink in one hand, a box of fireworks in the other, and was trying to set fire to the loch. We were just howling.

"By the time we got back to our wives we had straw in our hair and were covered in mud. What a night!"

Brian also explained how Malcolm – who died aged 64 in 2017 – was in the band's minds as they recorded their new album 'Power Up'.

He explained: "With Malcolm, you've got to go back to the beginning when he turned to Angus (Young, his brother) and said, 'C'mon, we've got to start a band – there's too much soft music around. I wanna play some rock 'n' roll!'

"He was uncompromising in his ethic. If it wasn't rock 'n' roll, Malcolm didn't care for it. He's left us – but he's still there! In the studio and in everything he did."