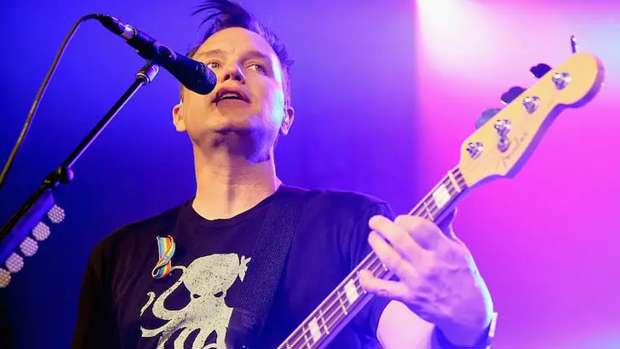 Mark Hoppus is one of the biggest rockstars out there right now, but just like he's inspired millions of artists to make their own music, he was once that kid writing songs in his bedroom, and he had his own idols. During a recent interview with Rock Sound, the blink-182 bassist/singer opened up about his personal influences.

“Robert Smith and The Cure probably inspired my songwriting the most," he divulged. "When I was growing up and first getting into music, it was The Cure and then Descendents who had the biggest influence on me — on everything from the way that I write lyrics right through to melodies. It all comes back to those artists."

"I think music really connects people to who they are, and when you find an artist or a band who you feel are speaking to who you are and your own experiences, that connection is always really strong," he continued. "It’s really incredible, the power that music has to speak to that. There are songs that somebody writes that can define a certain summer of your life, or a break-up you had, or become something you put on when you feel like you want to go out and conquer the world. It’s a pretty incredible thing.”

He's also been fortunate enough to collaborate with Smith. “Something like getting Robert Smith on ‘All Of This’ on the untitled album, having him on one of our songs? That was a huge moment in my life," he said. "We played an MTV Icon show for The Cure as well, and to play one of The Cure’s songs for him? That was really surreal.”