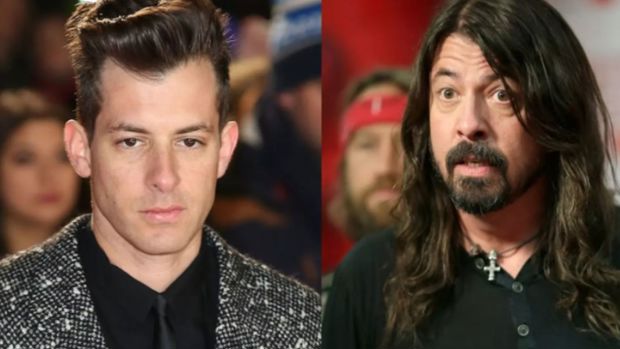 Mark Ronson might be a big Foo Fighters and Nirvana fan, but that doesn't mean he'll let Dave Grohl crash his studio session.

During a recent interview, the producer recalled Grohl popping in while he was producing Queens of the Stone Age's 2017 album Villains (the Foos were also in the process of making Concrete and Gold). Ronson promptly told him to get out.

​“I think we were doing maybe 'Villains' or 'Fortress' – a very personal song on the record," he added when asked exactly why he asked Grohl to leave. "And it was the first time Josh had really found that emotional place to get to, to sing that record. We had tried it a few times and I think Dave and Alison Mosshart were maybe next door getting jolly…”

He continued: ​“I think at the beginning, they went next door making their record with Greg Kurstin, the East West, and we were at United. And I think, like, I was the newbie. And at that time I liked to probably dress a little too involved for going in the studio. I think Dave was hazing me. He was just testing how he could push me into every now and then come by with three pairs of basketball shorts and be like,​‘Do you ever wear shorts?’ It was funny, and then I was like,​‘I don’t know if this guy even likes me.’ But I think he was just like hazing the new guy a little.

“But at that moment, when you’re the producer, it doesn’t really matter who it is: your job is to just fortress your guy’s studio, protect the artist, protect the vulnerability, all this stuff at any cost. So unfortunately, even if it was Dave Grohl, Stevie Wonder, whoever would have come in at that moment… I would have had to have been like, ​‘Please, please come back.’”