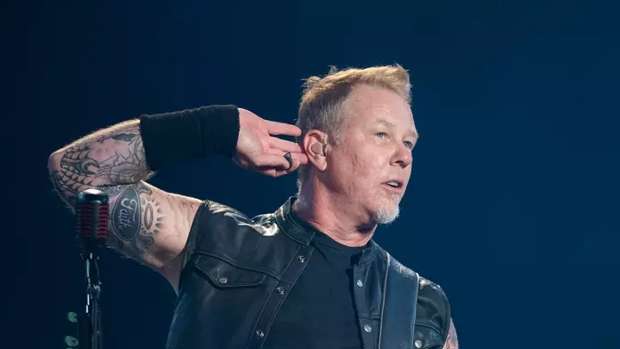 Metallica's month-long 'Some Kind of Bracket' has concluded and the band has announced the song its fans dubbed its best ever: "Master of Puppets."

The field of 64 songs was compiled in May and seeded based on the number of streams a song had garnered over the years and how often it was performed live by the band.

Anyone who is surprised that the title track from Metallica's 1986 album beat out the band's most successful song, "Enter Sandman," would be additionally surprised to learn that "Sandman" didn't even make the final round.

"Sandman" was easily voted through to the final four, but was beaten out by 1988's "One" for the ultimate head-to-head.

"No wonder that thing is in the Library of Congress!" the band wrote of "Puppets" in a statement. "Thanks for playing along with us!"

The final four songs, "Enter Sandman," "One," "Fade to Black" and "Master of Puppets," each represent a different album from the band's most groundbreaking period from 1984 - 1991.

Each song also represents a different triumph in Metallica history, too.

"Fade to Black," from the second album Ride the Lighting, was Metallica's first attempt at a ballad and was also the band's first hit.

"Sandman," from the self-titled, was the Metallica's biggest commercial success by far, launching the band into a new stratosphere as a bonafide stadium headliner.

"One" earned the band its first-ever Grammy award at the 1990 awards show.

While the 8-minute "Master of Puppets" was not a hit single, its daring arrangement and cinematic production have made it arguably the most influential piece of music in heavy metal history.

You can check out the full bracket as it shook out below.

It started with 64, it ends with two. The Championship round begins. A head-to-head battle between “One” and “Master of Puppets.” Who will prevail? Vote now on Facebook, Facebook Stories and Instagram Stories.