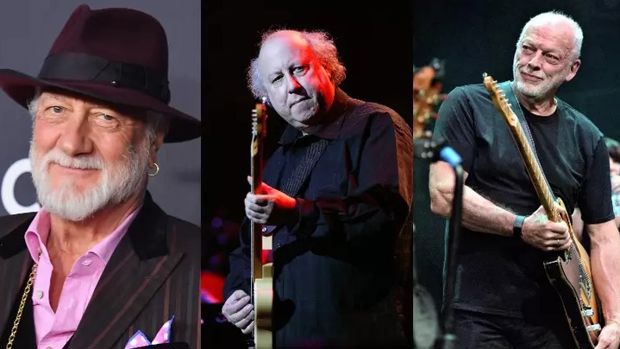 Along with Mick Fleetwood, the star-studded show included over a dozen performers by the likes of Aerosmith's Steven Tyler, Pink Floyd's David Gilmour, Neil Finn, The Who's Pete Townshend, Metallica's Kirk Hammett, Noel Gallagher and more.

“The concert is a celebration of those early blues days where we all began, and it’s important to recognize the profound impact Peter and the early Fleetwood Mac had on the world of music,” Fleetwood said in a statement. “Peter was my greatest mentor and it gives me such joy to pay tribute to his incredible talent. I am honored to be sharing the stage with some of the many artists Peter has inspired over the years and who share my great respect for this remarkable musician.”

The 23-song setlist included songs like “Rolling Man” — written by Green for Fleetwood Mac's album Mr. Wonderful — along with “Looking for Somebody,” “No Place to Go,” and “Rattlesnake Shake.”

Townshend jumped on stage for a rendition of “Station Man,” while Tyler contributed to “Oh Well, Part 1,” Gilmour performed during “Oh Well (Part 2)” and “Albatross.” The last song featured all of the legendary performers collaborating on “Shake Your Moneymaker.”

Check out some fan-shot footage below as well as the full setlist.