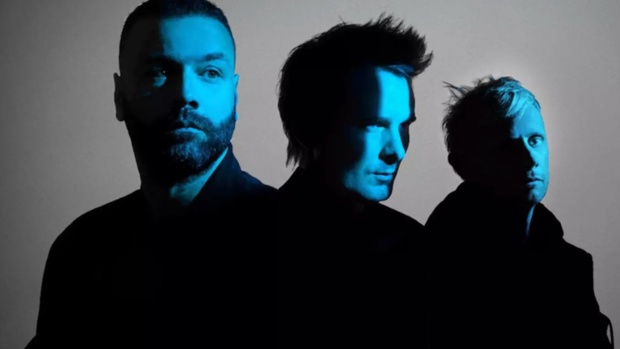 Last week, Muse returned with "Won't Stand Down" — the band's first new music in more than three years. The song itself finds the trio experimenting with heavier sounds, as the track erupts into frenetic guitar riffs and some serious metal growling at its climax, but its music video fits nicely with other visuals from Muse's catalog.

In the clip, frontman Matt Bellamy transforms into a decrepit, wheelchair bound old man who is able to control a dark army with his fingertips and seemingly absorbs their energy to become something even more powerful as he sings "Won't stand down/ I'm growing stronger." Fitting.

Now, Muse is taking fans behind the scenes of the video by sharing footage from the shoot, which you can see below.

Though the video is a little creepy, the message behind the song is an earnest one. "'Won't Stand Down' is a song about standing your ground against bullies, whether that be on the playground, at work or anywhere," Bellamy said in a statement. "Protecting yourself from coercion and sociopathic manipulation and to face adversity with strength, confidence and aggression."

As of now, the band has not announced a new album. Their latest is 2018's Simulation Theory.