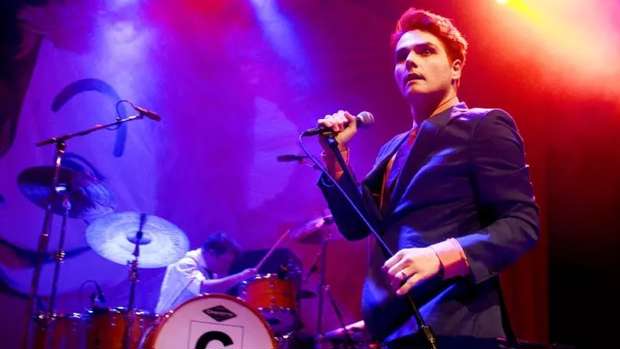 My Chemical Romance just made history with its December reunion show at The Shrine in Los Angeles.

Not only did the show sell out in literal minutes, but the band raked in almost $1.5 million ($1,451,745 to be exact, as reported by Variety) making the show the highest-grossing gig ever at the venue in its 95-year history!

No word yet on how much that means the band themselves made but it seems like that 2017 jam session really paid off.

To top it off, MCR also out-performed all previous shows and events at The Shrine in merch sales. If this isn't reason enough to put on a full-fledged tour, I don't know what is!

If you happened to not be one of the 4,993 My Chem fans who were lucky enough to score a ticket to the comeback show, have no fear. Thanks to members of the MCRmy on Reddit, a video compiled of footage from the reunion show is now finally available — all one hour and 40 minutes of the incredible show.

While My Chemical Romance hasn't announced a full reunion tour, the band will be headed to a few festivals this spring, albeit overseas in Australia and Japan (MCR's also teasing what seems like a UK show). But hey, there's no better excuse to pack a bag and your passport than to see MCR, right?!

All hope for more dates is not lost, though. A social media post by guitar makers Fender has sparked rumors that the band is planning a real tour for 2020. Prayers up!