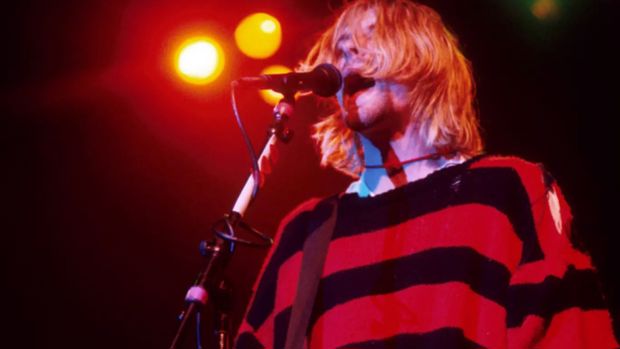 Earlier this year, Spencer Elden, famous for being the baby on the cover of Nirvana's seminal sophomore album, Nevermind, filed a suit against the band alleging that the cover was intended to be sexual in nature. In a new version of the lawsuit that accuses the band with allegations of child pornography, an amendment adds Kurt Cobain's former journal entries where he depicts his ideas for the album cover and drops the band's former drummer, Chad Channing, as a defendant.

Elden also alleged that the photographer hired to shoot the cover of Nevermind had shot images of Elden as a baby styled to look like Hugh Hefner, who had been the founder of Playboy. According to Rolling Stone, the new paperwork wrote" Undated journals written by Cobain sketch the album cover in a sexual manner, with semen all over it. In several instances, the journals describe Cobain's twisted version for the Nevermind album cover, along with his emotional struggles."

Warner Music, Heather Parry, and Guy Oseary were also removed as defendants, in addition to Channing. Grohl addressed the lawsuit earlier this year, telling Vulture "I don't know that I can speak on it because I haven't spent too much time thinking about it. I feel the same way most people do in that I have to disagree. That's all I'll say."

Grohl also spoke on altering the cover art, saying "I have many ideas of how we should alter that cover but we'll see what happens. We'll let you know I'm sure we can come up with something good."

Nirvana recently celebrated the 30th anniversary of Nevermind with a box set containing a plethora of previously unreleased material. The release saw a number of live performances included, adding to the record's material.