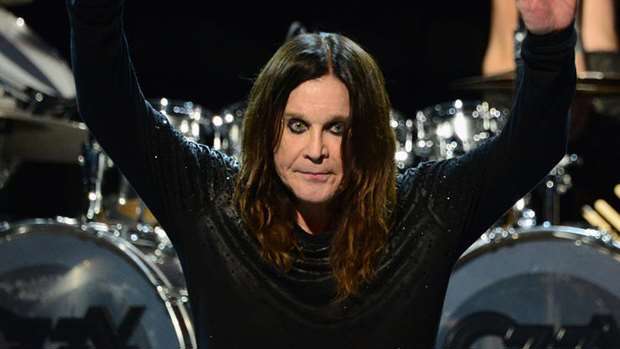 Ozzy Osbourne and his family - Sharon Osbourne and Jack Osbourne - are facing the ghosts in their brand new show 'The Osbournes Want to Believe', but Ozzy isn't sure he believes in a "spirit world" but says if they do exist, there is a "bunch" of them in Europe.

He said of the paranormal world: "If there is a spirit world, there has got to be a bunch of them in Europe. I am the type of person, if I do not see it myself I look for the trick. Some of the footage Jack shows me, it is impossible for it to be a trick. I was like, 'Wow!'"

And the 71-year-old star - who, alongside his family, is shown clips of ghostly encounters and rates and responds to them - insists he doesn't believe in reincarnation of the soul or mind.

Asked if he believes in reincarnation, he insisted, as quoted in the Daily Star newspaper: "No. What do you want to come back here for? I mean there must be a lot of them around. There are more people on the Earth now than the entire time mankind has been alive."

Meanwhile, Ozzy had his own dice with death and was "convinced" he was dying amid his year plagued with health setbacks.
The 'Crazy Train' hitmaker - who suffered a nightmare year in 2019 which saw him endure several medical issues including a fall, neck surgery, an infection in his hand, and hospitalisation for the flu - said: "I’m not back to 100 percent. I’m about 75 percent there, but it’s such a slow recovery.

"Spine surgery is bad news, man. I’ve been in such a bad state with pain; I’m still having a lot of pain. There was a point I was convinced that I was dying. I was in that much discomfort and pain and misery.

"I thought they were all hiding it from me. I remember saying to Sharon, ‘You’ve gotta level with me. Is it worse than you’re making it out [to be]?’ She says, ‘No.’ ... I’ve dropped all the medication for pain now."