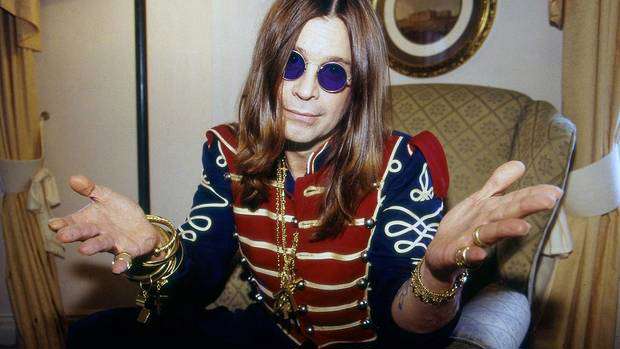 The 70-year-old rocker - who was hospitalised last month with pneumonia - thinks he is lucky to still be alive because of his wild lifestyle and history of addiction.

"Luck has shadowed me all the way. If you'd read a news story that said, 'Ozzy Osbourne has been found dead in his hotel room!', you wouldn't go, 'Oh, really?' would you? You'd say, 'Well, obviously!' "

And after so many narrow escapes over the years, the 'Paranoid' hitmaker - who has three children with first wife Thelma Riley and three with second spouse Sharon Osbourne - thinks he is "unsinkable".

He added in an interview with Metal Hammer magazine: "I've fallen out of life shafts and windows. I broke my neck on a quad bike. There was one time when I died twice on the way to hospital. I might be unsinkable!"

Ozzy admitted his wild lifestyle used to be "fun" but could have proven fatal.

He said: "When I first tried being sober I did think, 'I'm better than I was before!' But that's because before I was lying on some bathroom floor covered in piss! I just got fed up with myself.

"It was fun for a while but in the end, with all the chemicals, I'd nearly kill myself on a daily basis. I know what to do if I fancy a drink. I know how to get one of those. But right now I don't want one."

And these days, the Black Sabbath rocker is enjoying sobriety.

He laughed: "I don't drink any more, I don't smoke, I don't do drugs...and I like it! I never thought I'd see the day where Ozzy Osbourne says he prefers being clean and sober, but so far, so good!

"I'm definitely singing better than I have been."