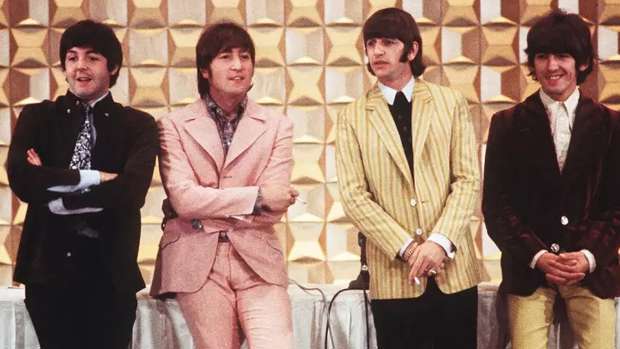 Paul McCartney says the one of the seemingly nonsensical lyrics used the The Beatles' "Sun King" track on Abbey Road is actually a naughty bit '50s slang from Liverpool.

Back in 1969, John Lennon said the term "chicka ferdy" was a reference to childhood teasing back home.

McCartney clarified in a recent interview with the Mirror that Lennon was only telling as much of the truth as he could without creating another scandal for the band.

"There was a thing in Liverpool that us kids used to do, which was instead of saying 'f--k off,' we would say 'chicka ferdy,'" McCartney said. "It actually exists in the lyrics of the Beatles song 'Sun King.' In that song, we just kind of made up things, and we were all in on the joke. We were thinking that nobody would know what it meant, and most people would think, 'Oh, it must be Spanish,' or something. But, we got a little seditious word in there!"

One of the ways young Liverpudlians would entertain one another was to make up phrases that only carried meaning to the people in their social circle, McCartney continued.

The Beatles carried the tradition into adulthood.

"We just used to say absolutely silly little things," he said of the band.

While Abbey Road was the second-to-last Beatles studio album released, it was the final album the band recorded. It is considered by many to be the band's finest LP, containing classics like "Come Together," "Something," "Octopus's Garden," "I Want You (She's So Heavy)," and "Here Comes the Sun."