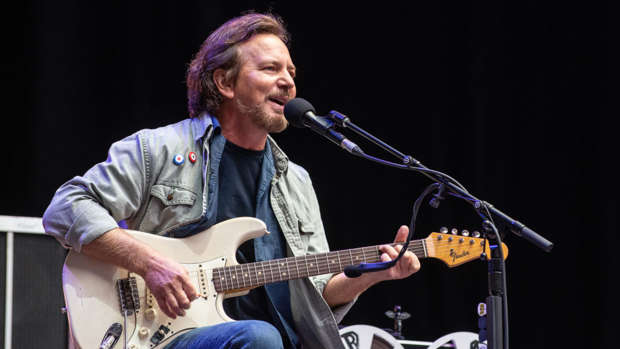 Pearl Jam has a shockingly large holiday catalog; however, most fans wouldn't know because those songs were all released as special fan club singles. This year, the band decided to give fans a special gift by releasing a dozen festive tunes on streaming services. Dubbed 12 Days of Pearl Jam, the rockers are dropping a new song every day and compiling them all into a yuletide playlist. They began on Monday (December 2) with their cover of Stevie Wonder's "Someday at Christmas" and followed it up with their 2002 vinyl single, "Don't Believe in Christmas," which they revealed was originally written for The Sonics.

Check out Pearl Jam's first two 12 Days of Pearl Jam offerings below, and discover some other festive songs to rock out to with our favorite alternative Christmas songs.

#12DaysOfPJ is back this holiday season and we're celebrating with a holiday single each day! Released in 2004, stream "Someday at Christmas" now: https://t.co/nF5ZNHWfBE pic.twitter.com/ai3u0z3xB8

This has been the first year in Pearl Jam history that the band didn't perform live; however, that's all changing in 2020. Eddie Vedder and company announced a slew of European tour dates in 2020, which we can only hope means we can expect some stateside shows too, and possibly a new album?