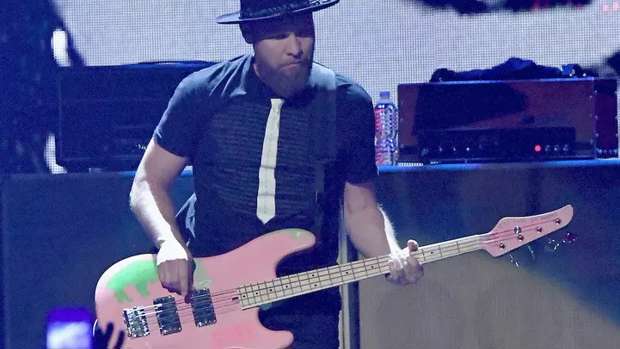 Pearl Jam should be on the road right now in support of their latest album Gigaton, but like so many bands their tour plans were thwarted by the coronavirus.

Since he couldn't play music live, the band's bassist Jeff Ament decided to record some solo tunes while in quarantine. On Friday (June 26), he surprise-released an EP called 'American Death Squad' and shared a music video for its lead track, "Divine Perfume."

Ament explained the four-track album's creation in a statement. "In the days following the postponement of our tour, I found it necessary to find an outlet for the energy we had created going into the tour," he said. "Pivot was the word of March. So, every morning, I retreated to the studio with the goal of writing a song every day, no matter how shite. Days of isolating and watching the news of the destruction courtesy the virus (and the ineptitude of our leadership or as named here the American Death Squad) made for vivid dreams and a helplessness. These were some of the first songs out of the gate. Raw and succinct."

Listen to 'American Death Squad' HERE and watch the "Divine Perfume" video below.

Though Pearl Jam isn't touring right now, they treated fans to a trippy performance of Gigaton's lead single "Dance of the Clairvoyants" during a recent COVID-19 relief concert.