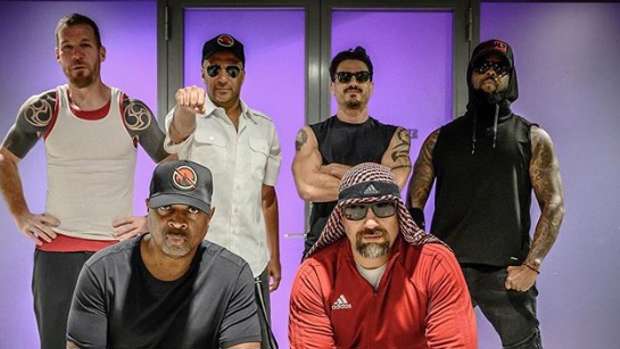 Prophets of Rage are disbanding after Rage Against the Machine announced its return with a handful of 2020 tour dates. Member and Cypress Hill rapper B-Real broke the news via Instagram.

I want to say thank you to the fans that supported @prophetsofrage for the time we've been rocking together. It's been an honor to rock stages and people of all ages with these guys. It's been a great time and great memories in a short time. Rockin along side of Chuck and Tom has been amazing to say the least. It was fun while it lasted and I hope we left a big impression and that the music has been a source of inspiration for those that needed it. That was the purpose we got together. So I say to y'all stay informed, stay engaged and fight the good fight. ✌🏽️🤟🏼

The supergroup, comprising Rage Against the Machine and Audioslave members Tom Morello, Tim Commerford and Brad Wilk, as well as Public Enemy’s Chuck D and DJ Lord and B-Real, originally formed in 2016 as a response to the presidential election.

"We're an elite task force of revolutionary musicians determined to confront this mountain of election year bullshit, and confront it head-on with Marshall stacks blazing," Morello declared to Rolling Stone at the time.

With another important election looming in 2020, it's a fitting time for RATM to make its return.