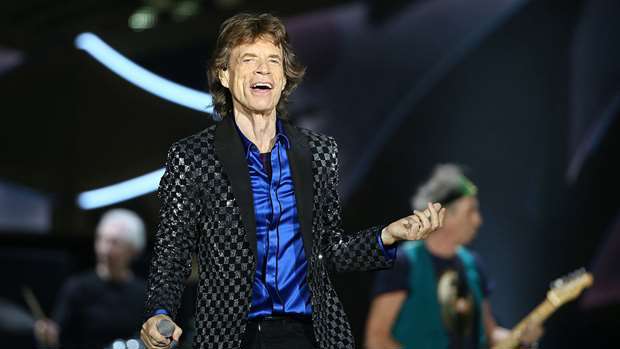 76-year-old Rolling Stones frontman Sir Mick Jagger - who is worth over £290 million - and his bandmates struggled in their early days so the 'Brown Sugar' singer sat down with his accountant to discuss organising a pension to ensure he'd be comfortable later in life because he didn't expect to continue making music.

His former accountant Laurence Myers told The Sun newspaper: "The Rolling Stones had early success but they weren't making any money.

"I did their 1964 tour accounts and they made nothing from it. One day Mick and I were talking about a variety of things and pensions came up.

"Who knew back then what we know now?"

Laurence - who is now a film producer - also recalled how the late John Lennon was frustrated that he didn't have permission to turn his and wife Yoko Ono's home into one giant living space because he couldn't "see the point" in having separate rooms for different things.

He said: "John discussed the problems he was having renovating a Georgian mansion near Ascot.

"The house was Grade II listed and he could not get the permissions he needed to make sweeping changes, including removing most of the walls.

The 'Judy' producer - who also looked after the likes of the late David Bowie and Led Zeppelin - slammed Simon Cowell for creating "instant stars" with shows like 'The X Factor' and by offering record deals to established celebrities.

He fumed: "That bloody Simon Cowell. He tried to get wrestlers to make records. Idiot!

"It's part bitterness and envy. But now you have instant stars. Old stars grafted.

"Now you have to have a mother who's preferably got cancer and a brother who is disabled, a good back story, and you win. And I resent it."