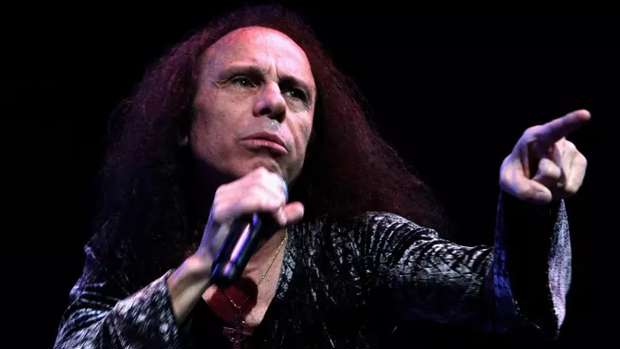 Ronnie James Dio is perhaps the most universally beloved figure in heavy metal. A full decade after his death, fans will get to enjoy a career-spanning documentary about the iconic singer.

The film is of course spearheaded by Wendy Dio, Ronnie's wife of 36 years and longtime manager.

A press release explained that the film will include interviews with many of Ronnie's former band mates and collaborators, including members of Black Sabbath, Rainbow, Elf and his solo band. The documentary also plans to reveal never-before-seen photos and home video as well as archival media from different points in Ronnie's career.

"The film will offer intimate scenes with his closest peers, friends and family as they bring us inside the life of one of rock and roll's true heroes," the release explained.

"Ronnie James Dio's story transcends the standard rock documentary," it continued. "Set against the backdrop of Dio's unfinished autobiography — half-finished by Ronnie before his untimely death from stomach cancer in 2010 — the film will chronicle the inspiring journey of his life, love, and storied career. Whether playing sold-out stadiums or battling illness, his powerful voice and gentle heart have had a profound influence on his family, friends and fans around the world."

While Dio's career wasn't completely devoid of controversy, you'd be hard-pressed to find someone with and ill word to say about him.

The still untitled film is expected to arrive in 2021.