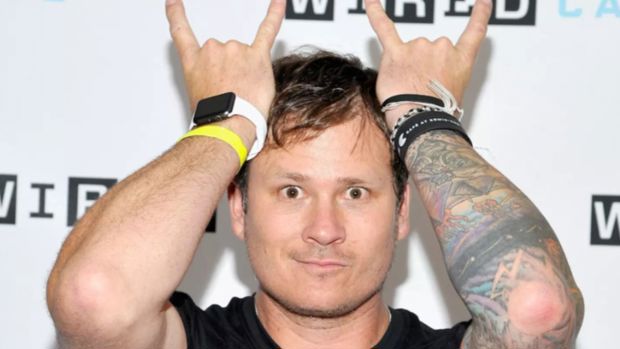 When Tom DeLonge left blink-182 in 2015 to focus on his research firm, To The Stars Academy of Arts & Science (TTSA), he had some lofty goals. Fast forward six years, and he's achieved pretty much all of them.

On Tuesday (August 10), DeLonge detailed his company's plans, and what's in store for the future, in a lengthy Instagram post:

We had a plan-
1. Launch a public benefit company-owned by the public-that can pull the UFO sekret well into the mainstream.
2. Set up briefings throughout both houses of Congress -for the first time- while simultaneously educating the public about the UFO Program and its existence on our TV Series.
3. Help coordinate and influence US Gov to create a proper channel for accountability, oversight and strategy.
4. Make Movies to bring everyone up to speed on what we know, and don’t..
5. Innovate and Research going forward to learn more about what these are and what they are doing, and also communicate those findings to the world through art and science.
With all that in mind, he revealed what's next for TTSA. "So…@tothestars.media now has 10 Feature Films in the works," he wrote. "I wonder if you will find these stories interesting 😎Thank you for all your support, and we have only just started."