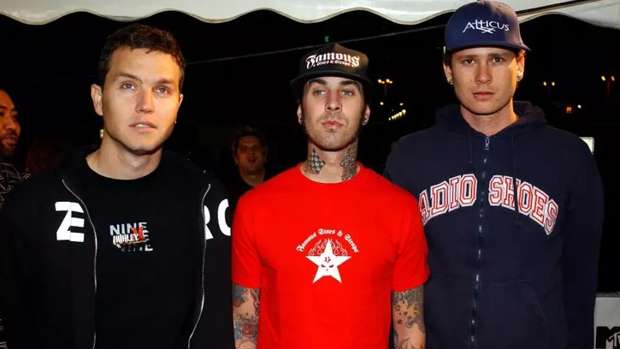 Blink-182's Travis Barker opened up about drumming, his favorite blink record and fellow "11 Minutes” collaborator YUNGBLUD in a new interview with AltPress.

While talking about blink-182's 1999 album, Enema of the State, the legendary drummer revealed why it's his favorite blink record. “I love that album: It was my introduction to writing in blink and being a true part of the band and being able to have input,” he explained. “Everybody was so into it. It was a magical time.”

EOTS was the first album Barker was featured on after he filled in for former drummer Scott Raynor on the SnoCore 98 tour and then became a permanent member of the band.

As for advice he has for other drummers out there, he said: “If you’re in a band, don’t be boring. I wanted to have a fun, good and entertaining and exciting show. I want to hit s*** as hard as I f****ing can. That’s what counts: If you’re playing live, perform.”

Barker also spent some time complimenting YUNGBLUD — who's he collabed with a number of times — and had nothing but good things to say about the English rocker. “He’s so funny, man. He’s a real rock star. He is it,” Barker said. “I really love his music, and I really love him as a person. He’s going to do big things.”

Barker and YUNGBLUD recently reunited to pull a prank on their “I Think I'm Okay” collaborator Machine Gun Kelly for the revival of PUNK'D.