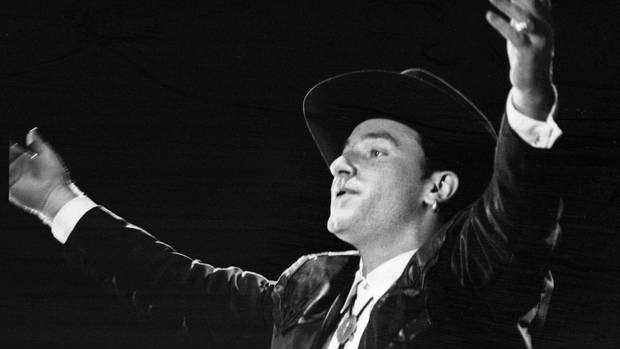 Did you ever get to meet your hero, your crush, your idol? I almost did…

Say what you like about him; about his grandstanding, holier-than-thou bleeding-heart posturing while simultaneously amassing a vast fortune amidst accusations of tax-dodging, but U2's Bono is my hero.

Ever since I heard his voice ringing out over the Edge's thrumming guitar on their debut album Boy I was hooked by Bono: his rock and roll attitude, his politics, his cool - but, above all, his voice. His voice could lift me up and make me thrash around the room or make me cry as he sang of injustice and persecution.

But I was much younger then.

It was the 1989 Rattle and Hum album tour when love came to town and I first saw the band live. I was an impoverished student and had no hope of scraping together the price of a ticket to Western Springs. But then a friend came through with an offer: Clean up at the stadium after the show and get in for free. FOR FREE!

Before you could rattle out the chorus "I will Follow…" I said yes; " With or without you!"
It was a balmy late summer full of humidity and threatening rain and the conversation in our group was all about the concert.

We could hear the sound checks and preparations from our Grey Lynn flat. It was almost too much to bear – I was ready to rejoice. I was full of desire.

The crowd in the Springs was crushingly enormous and I did my best to battle my way as close the stage as I could get. I was still too far back for my liking and, not being terribly tall, had a great view of people's shoulders.

The music was fantastic and brilliantly loud. But I wanted more: I wanted to SEE my hero.
It was as if an Angel of Harlem had heard me when a huge chap behind me crouched down and lifted me onto his shoulders.

I didn't realise, but I was just five rows back from the front.

Suddenly I could see everything – the stage, the lights, the band, the crowd. And Bono.
He was strutting about, punching the air, pointing at the crowd, jumping around, striking a pose. And the voice. That voice. He was singing to me… "All I want is you…"

Then things got really helter-skelter.

I slipped sideways from my angels shoulders and was lofted skywards on outstretched arms. They carried me toward the stage, closer and closer – it was like a sort of homecoming as I reached the stage.

I fell in a heap on the edge – of the stage that is.

It took me a moment to realise where I was: The lights, the noise, the crowd – they made my head spin. I was like a stranger in a strange land.

But I picked myself up, and there he was. Bono.

My hero, my crush, my idol was just metres away. This was my chance. We were to be two hearts as one.

I started toward him but I was running to a stand still. Then, in the howling wind comes a stinging rain, as a U2 roadie lunged at me like a bullet the sky.

I was bundled off the stage and ejected from the concert.

I'd seen about half the show and nearly got to my idol. But I still hadn't found what I was looking for.

At least I didn't get to clean up!