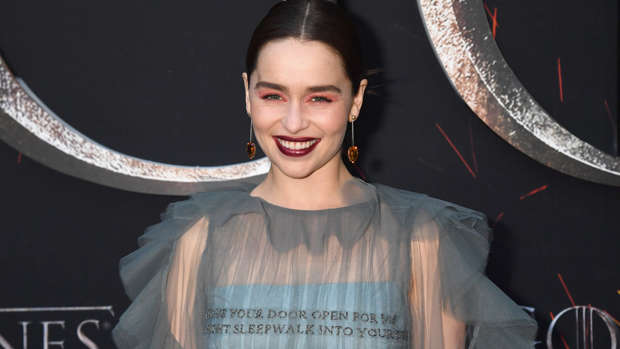 The 32-year-old actress confessed it took "some balls" to play the fiery Daenerys Targaryen in the hit HBO series and admitted playing someone as "daunting as anything" has taught her a thing or two.

In an interview with Britain's HELLO! magazine, she said: "She has given me a huge amount of confidence. It took some balls to play her - she's daunting as anything and that sort of rubs off".

The 'Me Before You' star went on to explain that her character being so synonymous with strength hasn't always been a good thing, as she felt she couldn't be honest about the life-threatening aneurysms she suffered in early 2011, just after she'd finished filming the first season of the show.

She continued: "Particularly with playing Daenerys, people would ask: 'How do you relate to her strength?' And I'd either avoid the question or say something like 'Well I live my life'. It was quite bizarre being able to tell the truth.

Emilia shared her story last month in an essay for the New Yorker, where she explained that in February 2011 she was in a workout class when she started feeling "shooting, stabbing, constricting pain" in her head and was rushed to the hospital for a three-hour surgery.

The 'Solo: A Star Wars Story' actress thinks her experience will help others who are battling with brain injury, and hopes the tough attitude of Daenerys will inspire others.

She said: "I truly believe I can help people with this because I know what brain injury looks like.

"Besides, if someone who is going through this knows I did too they might think: 'Well if the Mother of Dragons' can do it, so can I'".