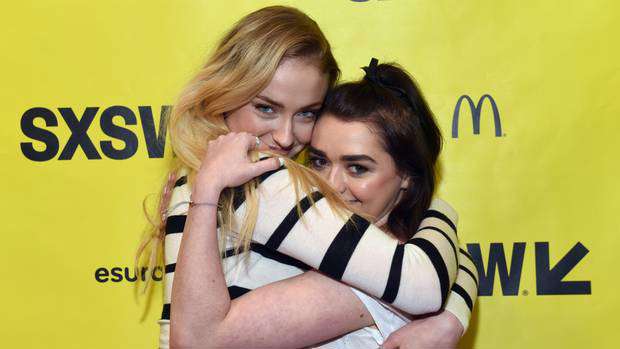 Now that 'Game Of Thrones' has wrapped shooting the entire series, star of the show Sophie Turner has revealed what she and co-star/best friend Maisie Williams would do together after a long day of filming.

She revealed the pair would have sleepovers and take baths together - and the details didn't stop there, the DailyMail reports.

"We're kind of like loners on Game Of Thrones, just because the past few seasons Maisie and I have sleepovers every night when we're shooting. Or every night whenever both of us are in town," she told Vulture.

"We just used to sit there and eat and watch stupid videos and smoke weed.

"I don't know if my publicist will kill me for saying this. We'd get high and then we'd sit in the bath together and we'd rub makeup brushes on our faces. It's fun."

The odd admission comes after Maisie talked to ELLE Magazine about Sophie, who plays on-screen sister Sansa Stark to Maisie's Arya - saying that she "lifts her up".

"Sophie is my best friend. Who gets to be on set with their best friend? Me! We lift each other up," she gushed.