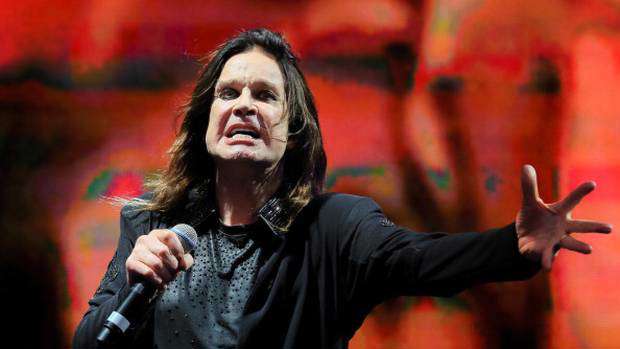 Ozzy Osbourne admitted he asked his wife Sharon to explain the phenomenon to him, as he suggested the reality TV family - which includes social media queen Kim Kardashian West and model Kendall Jenner - "don't do anything" to justify the attention they get.

Speaking to The Big Issue, he said: "I said to Sharon the other day, 'What the f**k is the deal with these Kardashians? They don't sing, they don't act, they don't do anything.'

"She told me, 'The trend now is that people want to be celebrities and make money for doing f**king nothing.' And I was like, 'Oh.' "

Despite his comments, the 69-year-old musician wished the 'Keeping Up With The Kardashians' clan luck and admitted all that matters is that they're "happy" with their career and lives in the spotlight.

He added: "I mean, I don't want to put them down and if I was to start slagging them off they would say, 'So what?' Good luck to them, if they're happy with it then I'm fine with that."

He also reflected on his own experiences with reality TV on 'The Osbournes' - which also featured the couple's kids Jack and Kelly - explaining it was all filmed in the moment and certainly had an impact over the years.

He said: "When we did 'The Osbournes' it was totally raw, there was no script. We just did what we did and had the camera rolling. Have a camera crew in your house for three years and you go a bit crazy!"

Meanwhile, Ozzy has been out of action with his own career lately after had to cancel live shows and undergo surgery due to a hand infection.

He recently said: "I was really looking forward to doing the Hollywood Bowl. I'm going to make those shows up next year. It could have been a lot worse. I could have been dead."