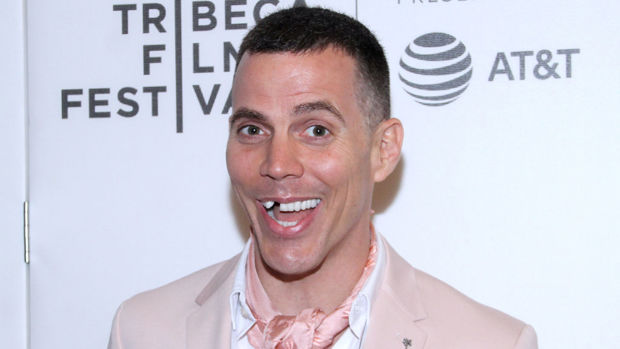 Former 'Jackass' star Steve-O - whose real name is Stephen Glover - popped the question to his photographer fiancee Lux Wright on Sunday (21.01.18) after spending six months preparing how to ask her to be his wife.

He posted a picture of her engagement ring on his Instagram account and wrote: "Last night, in front of a bunch of my Jackass buddies, my closest friends, my dad, and my sister... she said “yes”. I planned that for more than six months, and I’m so happy— I can’t wait for you all to see it... #GNARLY @luxalot (sic)"

Lux also took to her Instagram page to share a picture of her and her husband-to-be in a warm embrace and admitted she "can't wait" to be with him for the rest of her life.

She wrote: "Last night was the absolute best! I can’t wait to spend the rest of my life with you @steveo #yes #duh (sic)"

It's not the first time Steve-O has shared a romantic post about his significant other.

In late December, he gushed over his "beautiful" girlfriend and teased some "awesome projects" for 2018.

In a caption attached to a picture of the pair snuggled up together in bed on a plane, he wrote: "With my beautiful girlfriend @luxalot on the flight home from London. What a great year we’ve had together in 2017 (and get ready for all of the awesome projects I have coming out in 2018!) #yeahdude (sic)"