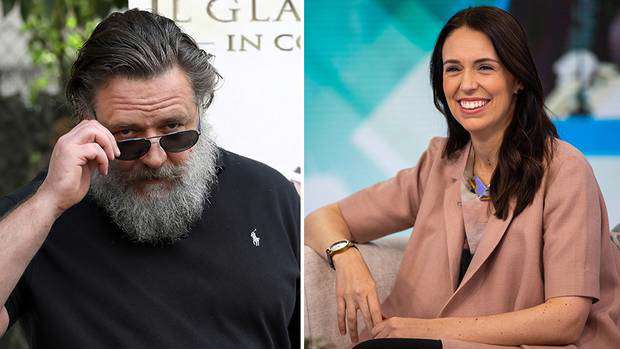 Kiwi actor Russell Crowe has controversially backed for New Zealand and Australia to merge as one country so Jacinda Ardern can lead both.

The New Zealand-born, Australian-based actor made the cheeky yet dividing comment yesterday after Australian Journalist Jonathan Green suggested the move in honour of the "pavlova/Russell Crowe tradition".

"In the pavlova/Russell Crowe tradition ... ladies and gentlemen the prime minister of Australia ..." Green tweeted with a video of Jacinda Ardern's speech to the UN.

Crowe then praised Ardern in his response to Green, backing the polarising view.

"Look ... just accept it ... she's awesome. Is it time to make Australia and New Zealand into one country with @jacindaardern as PM?" Crowe tweeted.

"Not trying to be controversial ... just practical."

"You can't have her. Besides you need to sort your mess before you're allowed with the in-crowd. #Manus #Kiwis2ndClass #Adani #ClimateChange #1stNation #MeToo
When they're fixed call @jacindaardern and she'll consider you becoming the West Island" one Kiwi wrote.