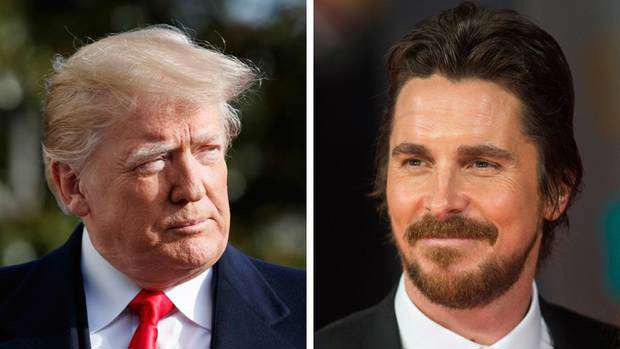 Christian Bale says US President Donald Trump once thought he was Bruce Wayne when they met on the set of one of Christopher Nolan's Batman films.

In an interview on the red carpet of his new film Vice, in which Bale plays former US Vice President Dick Cheney, Bale was asked who should play Trump in a movie.

Bale described Trump as a "tall gentleman" before telling the story of their encounter.

"I met him one time. We were filming on Batman in Trump tower. And he said, 'come on up to the office,'" Bale recalled.

"I had no idea at the time that he would think about running for president."

Bale then called Trump as "Individual-1," referring to the trial of Trump's former lawyer Michael Cohen, in which that pseudonym is presumed to have been referring to Trump.

"And this story is part of how we got to be here, with that 'Individual-1' being president," said Bale.