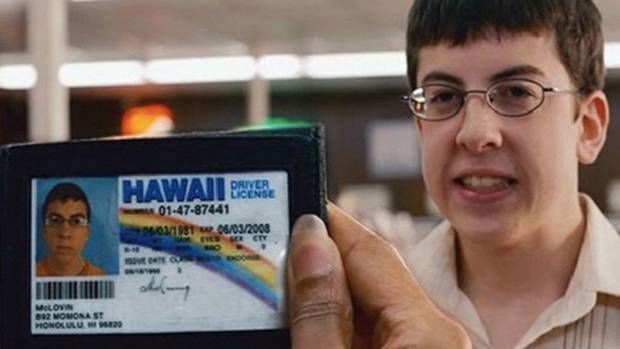 When you think of classic 2000s comedy, the movie Superbad is probably one that springs to mind.

The movie, which is 12 years old, features Jonah Hill, Michael Cera, and Christopher Mintz-Plasse, but one particular character that gained cult status in 2007 would be turning 38 years old today if he was actually real.

McLovin, the name that appeared on Foggell's fake ID, has become a thing of folklore and something many teens feel a sense of connection with.

Not only did McLovin's appearance lead to one of the funniest moments on the film, but it encouraged teens around the world to attempt to get served alcohol with fake IDs.

Seth Rogan took to Twitter to wish his colleague a happy birthday by posting an image of McLovin's famous ID card.