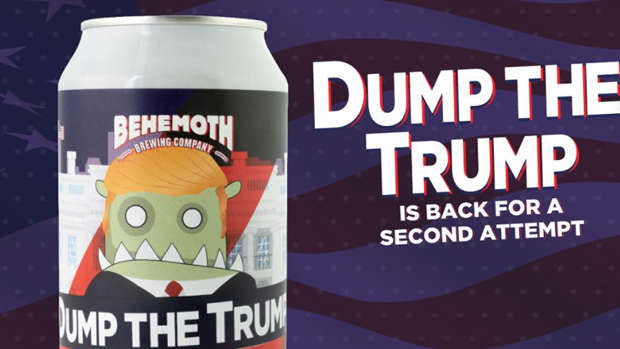 A small craft brewery in New Zealand found itself the target of pro-Trump groups in the US today, after a promotional campaign on social media for one of its brews.

Auckland-based Behemoth Brewing Company has been promoting a new release of its popular "Dump the Trump" India pale ale (IPA).

Trump supporters have today been flooding the brewery's Facebook page with negative reviews and leaving pro-Trump comments, some offensive.

Brewery owner Andrew Childs says he hasn't been able to track down how the Trump supporters came across his brewery, but he is certain it's a concentrated effort from a few pro-Trump groups in the US.

"It's pretty crazy, you hear about these groups, but it is nuts they would target a little brewing company all the way here in New Zealand," Childs told the Herald.

Until today, Behemoth had an impeccable list of five-star reviews on its Facebook page but it has received nearly as many one-star reviews. This has brought the company's average Facebook rating down from a perfect score to 3 stars in just 24 hours.

"Beer should be sacred and not on either side of this political debate. Keep it sacred, keep it smooth," a Trump supporter said, leaving a one-star review.

"Who said you could speak, New Zealand?" another user wrote.

Other US-based Facebook users didn't bother writing a comment, leaving just the one star on beer that isn't even available in the US (only available in New Zealand, Australia and soon in the UK).

Childs says the effect it has on the overall rating does bother him but "it's also entertaining".

"We have seen our fans come to defend what they do and the beers they love drinking. We are not too worried as the beer speaks for itself," he added.

A number of Kiwis who have actually tried the beer have been writing their own reviews on Facebook, in support of the craft brewery.